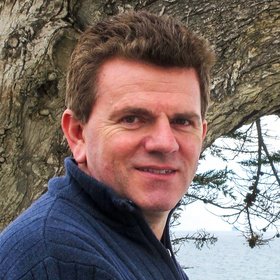 Working with Prof. Hans Meuer, Erich Strohmaier created the first TOP500 list in June 1993. On his first day at the new job at the University of Mannheim, he attended a small university conference, the “Mannheimer Supercomputer Seminar” organized by Meuer and Dr. Hans-Martin Wacker. One of his duties while working for Prof. Meuer was to assemble statistics on worldwide supercomputers in preparation for the annual meeting of the conference. Thinking it would be a one-time deal, Strohmaier created a database on his computer for just that. But then Meuer and Strohmaier decided to see how much the list would change in five months and recalculated the list in time to present the results at the 1993 Supercomputing conference held in November in Portland, Oregon. The TOP500 list of the world’s top supercomputers was born.

Strohmaier earned his Ph.D. in theoretical physics in 1990. Since his thesis focused on numerical methods in elementary particle physics for which he used the largest supercomputers available, he accepted a research position in HPC at the University of Mannheim for a new project comparing the performance of a number of physics applications on a Fujitsu VP2600 supercomputer. In 1995, as that research funding was ending, he decided to look for a position in the U.S. and ended up working with Linpack author and fellow TOP500 editor Jack Dongarra, at the University of Tennessee. He moved to Lawrence Berkeley National Laboratory in 2001. In addition to his current role as head of the Future Technologies Group at Berkeley Lab, he is also the principal investigator of the Department of Energy-funded CACHE Institute, a joint mathematics and computer science institute focused on Communication Avoiding and Communication Hiding at Extreme Scales. In 2008, he was a member of the team which received the ACM Gordon Bell Prize for Algorithm Innovation.