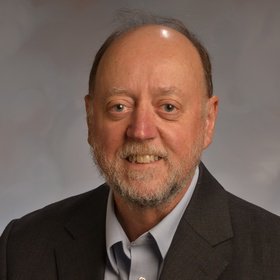 Jack Dongarra has been involved since the origin and formation of the TOP500 list in 1993, which used his Linpack benchmark as the common application for evaluating the performance of supercomputers. Through the consistent use of the Linpack benchmark, the TOP500 list provides a standardized measure of supercomputers over the past 25 years. Dongarra holds appointments at the University of Tennessee and Oak Ridge National Laboratory. He is a Faculty Fellow at Texas A&M University’s Institute for Advanced Study and Turing Fellow at the University of Manchester. He is also an Adjunct Professor at Rice University. He specializes in numerical algorithms in linear algebra, parallel computing, use of advanced-computer architectures, programming methodology, and tools for parallel computers.

In addition to Linpack and the TOP500, Dongarra has contributed to the design and implementation of the following open source software packages and systems: EISPACK, the BLAS, LAPACK, ScaLAPACK, Netlib, PVM, MPI, Open-MPI, NetSolve, ATLAS, PAPI, PLASMA, and MAGMA. He has published approximately 200 articles, papers, reports and technical memoranda and he is coauthor of several books. He was awarded the IEEE Sid Fernbach Award in 2004 for his contributions in the application of high performance computers using innovative approaches; in 2008 he was the recipient of the first IEEE Medal of Excellence in Scalable Computing; in 2010 he was the first recipient of the SIAM Special Interest Group on Supercomputing's award for Career Achievement; and in 2011 he was the recipient of the IEEE IPDPS 2011 Charles Babbage Award. He is a Fellow of the AAAS, ACM, IEEE, and SIAM and a member of the National Academy of Engineering. Dongarra has been an ISC Fellow since 2012.

Dongarra received a Bachelor of Science in Mathematics from Chicago State University in 1972 and a Master of Science in Computer Science from the Illinois Institute of Technology in 1973. He received his Ph.D. in Applied Mathematics from the University of New Mexico in 1980. He worked at the Argonne National Laboratory until 1989, becoming a senior scientist. He is the director of the Innovative Computing Laboratory at the University of Tennessee.