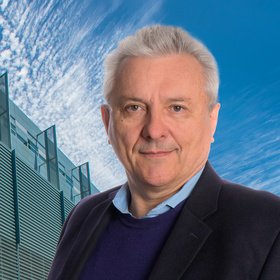 Horst Simon, an internationally recognized expert in computer science and applied mathematics, is deputy director of Lawrence Berkeley National Laboratory and has served as co-editor of the TOP500 list since 2000. Simon joined the Lab in early 1996 as director of the newly formed National Energy Research Scientific Computing Center (NERSC), and was one of the key architects in establishing NERSC at its new location in Berkeley. Under his leadership NERSC enabled important discoveries for research in fields ranging from global climate modeling to astrophysics. Simon was also the founding director of Berkeley Lab's Computational Research Division, which conducts applied research and development in computer science, computational science, and applied mathematics.

In his prior role as Associate Lab Director for Computing Sciences, Simon helped to establish Berkeley Lab as a world leader in providing supercomputing resources to support research across a wide spectrum of scientific disciplines. He has also served as an adjunct professor in the College of Engineering at the University of California, Berkeley, working to bring the Lab and the campus closer together and developing a designated graduate emphasis in computational science and engineering.

Simon’s research interests are in the development of sparse matrix algorithms, algorithms for large-scale eigenvalue problems, and domain decomposition algorithms for unstructured domains for parallel processing. His algorithm research efforts were honored with the 1988 and the 2009 Gordon Bell Prize for parallel processing research. He was also member of the NASA team that developed the NAS Parallel Benchmarks, a widely used standard for evaluating the performance of massively parallel systems. He holds an undergraduate degree in mathematics from the Technische Universtät in Berlin, Germany, and a Ph.D. in Mathematics from the University of California at Berkeley. Simon was named an ISC Fellow in 2009.