When the forerunner of today’s TOP500 List was published for the first time in June 1993, the No. 1 position was occupied by a CM-5 supercomputer made by Thinking Machines Corporation and installed at Los Alamos National Laboratory. With 1,024 processors, the CM-5 posted a 59.7 gigaflop/s performance running the Linpack benchmark. Not only did Thinking Machines take top honors, but the company built five of the top 10 systems on the list.

That first list was presented at the Mannheimer Supercomputer Seminar at the University of Mannheim in Germany. In 1993 the idea was born to abandon a fixed definition of what a “supercomputer” was and to use an adaptive measure instead. Working with Prof. Hans Meuer, Erich Strohmaier compiled the first list. The two men knew there were at least several hundred vector supercomputers around the globe, but were pretty sure there weren’t a thousand. So, they decided to list the top 500 systems ranked with an actual benchmark result to eliminate non-functional systems. Thinking it would be a one-time deal, Strohmaier created a database on his computer for just that.

But then Meuer and Strohmaier decided to see how much the list would change in five months and recalculated the list in time to present the results at the 1993 Supercomputing conference held in November in Portland, Oregon. This time, however, Strohmaier decided to create a new database with the ability to track systems over time—just in case they wanted to keep the list going. 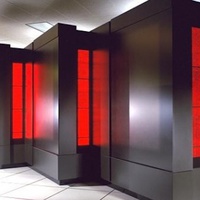